Welcome to the Dreamscape

Inspired from K. Weikel's book Building Monsters comes the game called Dreams and Nightmares, where Dreamweavers and Nightmareweavers fight to take ahold of the Sleeper's dream using Monsters, Shadows, Humans, and even other Dreamweavers. Whoever gets hit directly three times loses, and the other Weaver takes control of the dream... Are you strong enough to keep fighting?
BROWSE

This section is under construction! Come back soon!

Welcome to the world where dreams and nightmares collide, battling over the dream of a Sleeper. There
are the Nightmareweavers, those who manifest nightmares from the tips of their fingers, and
Dreamweavers, who create fantastical dreams from the depths of their imagination. Build your deck
knowing you could be either Weaver, but beware of the Shadows and Humans—they will be the ones
who tip the scales for or against you. Who will take over the Dreamscape, and, ultimately, the dream? 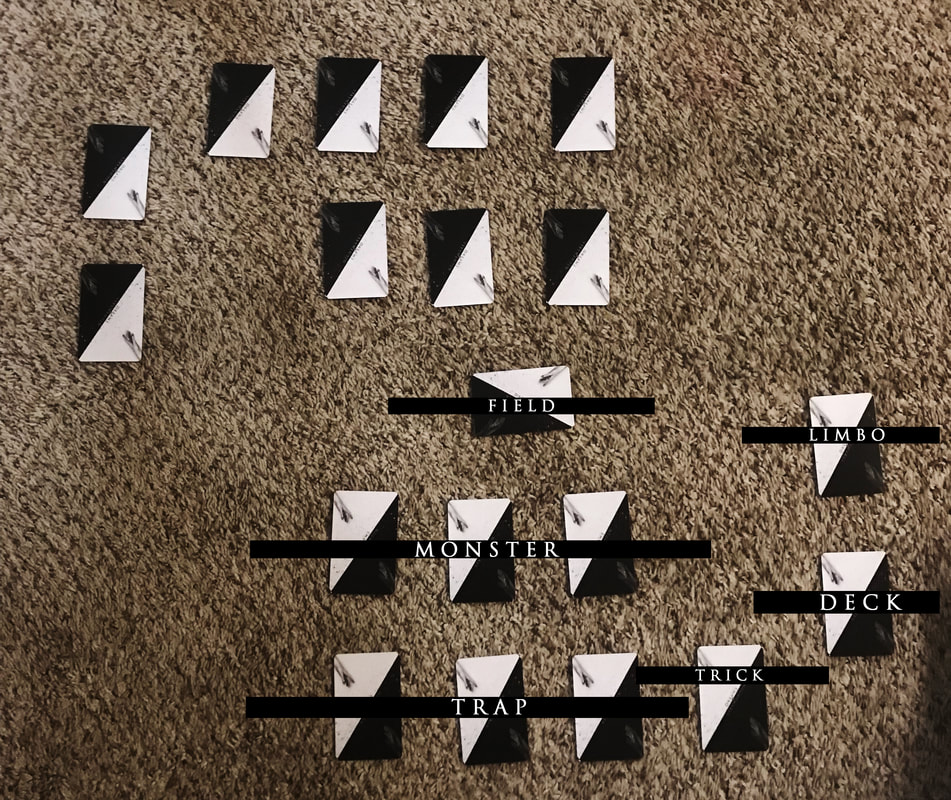 Some cards require extra explanation on how to play. Here are the ones that might stump a Weaver, but they don't have anything complicated about them! 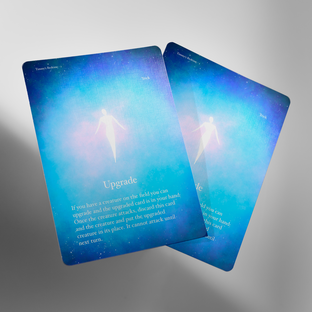 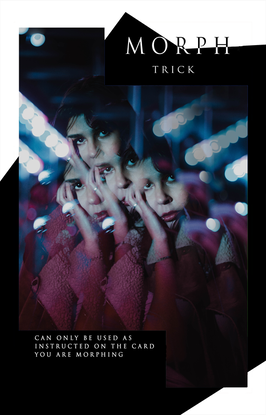 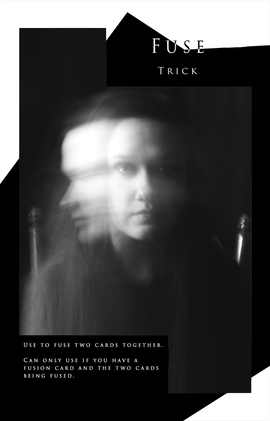 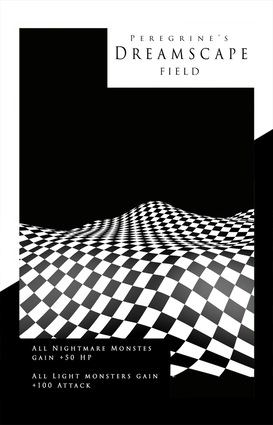 Field cards are placed sideways in the center of the field until they’re removed. These effect the whole Dreamscape.

​Field cards stay on the board until removed by Ability, Trap, or Trick. 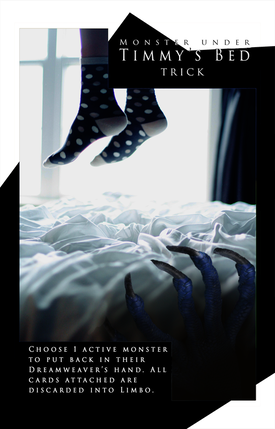 Trick cards cannot be placed face-down on the field like a trap.

​Some Trick cards stay on the field. These only stay for three turns before they’re placed into Limbo. 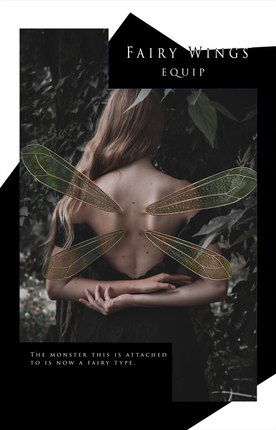 Up to three equips can be placed per turn, one per Monster. 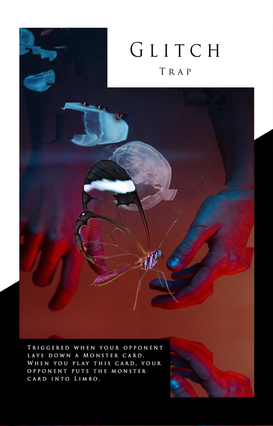 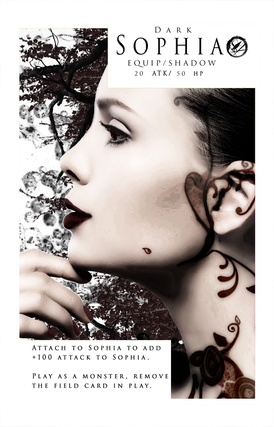