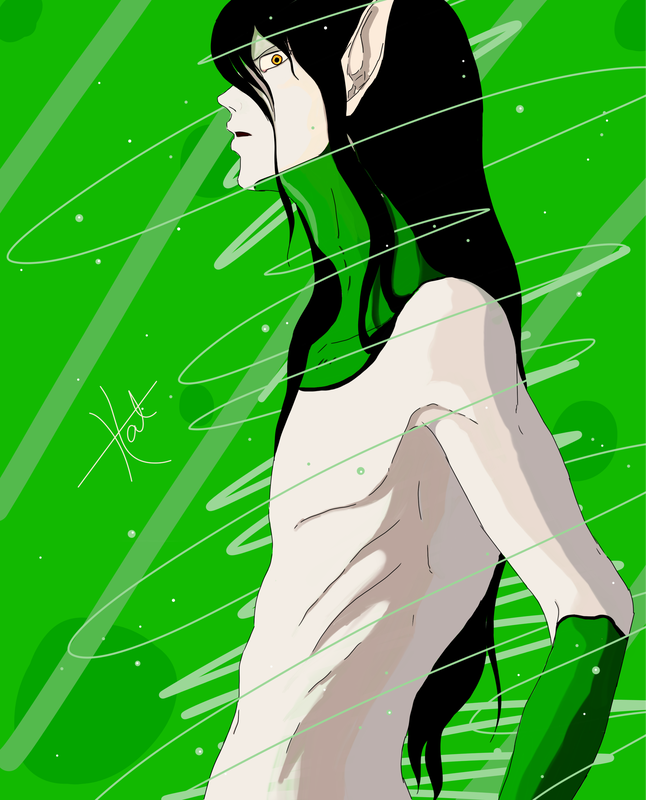 Full of himself but self-aware, Absyn is unable to do what all other dragon hybrids are able to do: breathe fire. However, he can, however, manipulate the air molecules around him to create heat. Because of his inability to produce fire, he is not rich like the other dragon hybrids; instead, he's placed in the middle of the two classes, struggling to get by with whatever he can catch in the snow-covered world he lives in. In stride with his pessimism and snarky wit, he has scars he's hidden from the world--both mental and physical. 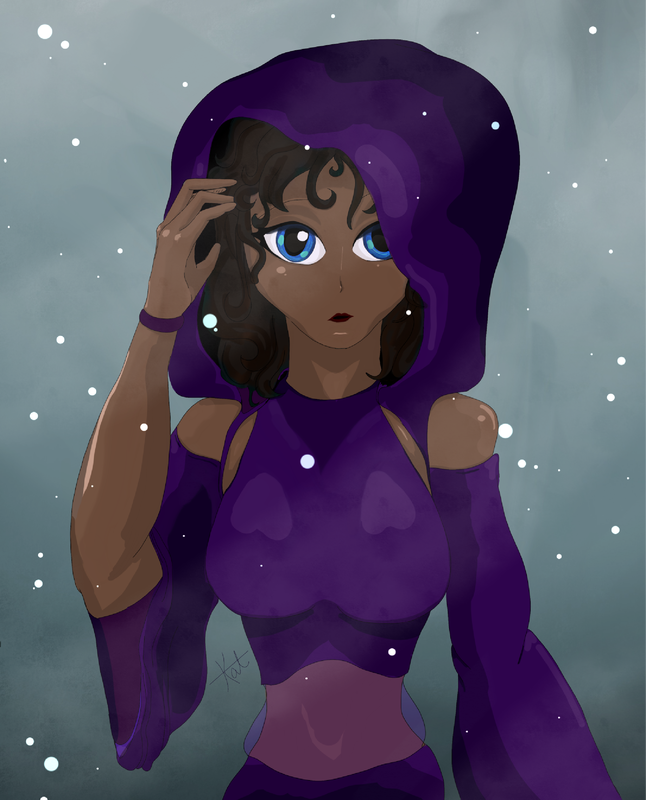 Cute and empty-headed, Babs would follow Absyn (and anyone who she deems as a friend) to the ends of the earth and back at the drop of a hat. She hates the cold and can't wait for the Yomzai to disappear--one way or another. She's skilled with a sword, but not as skilled as with a bow and arrow. Naturally good at most things she does, gorgeous, and a bit ditzy, most girls tend to dislike her right off the bat, but this girl has the biggest heart and would do anything to help someone in need. 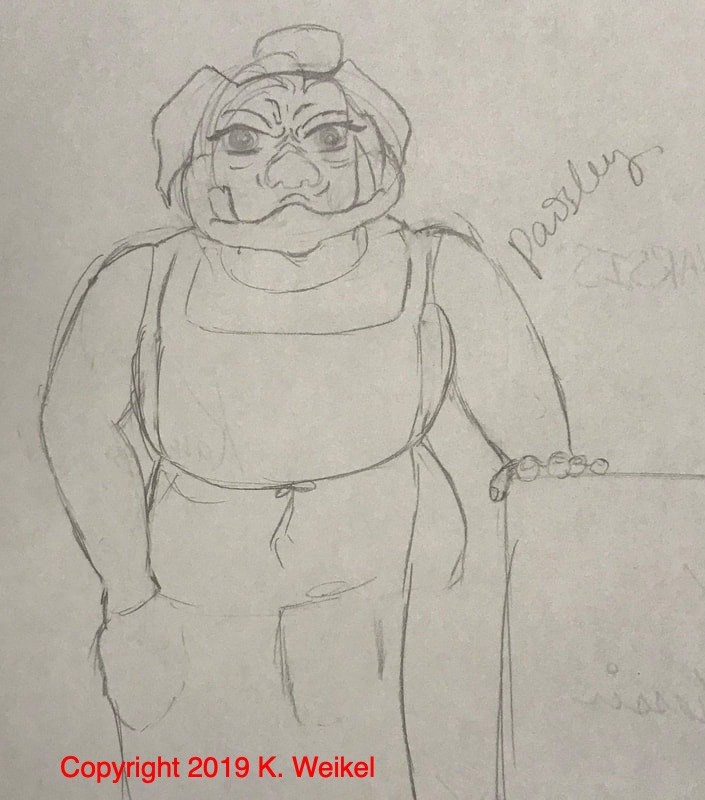 Prudent yet harsh, Paisley owns the only butchery in town. Because of the harsh climate, most butchers had to shut down when the Yomzai appeared, falling into debt. Paisley, however, found a way around going bankrupt and has helped many people in the town stay alive. She keeps her prices low, but in turn, pays all who brings meat to her even lower to make a profit. She has a good heart but understands how capitalism must work in order to keep her business afloat. 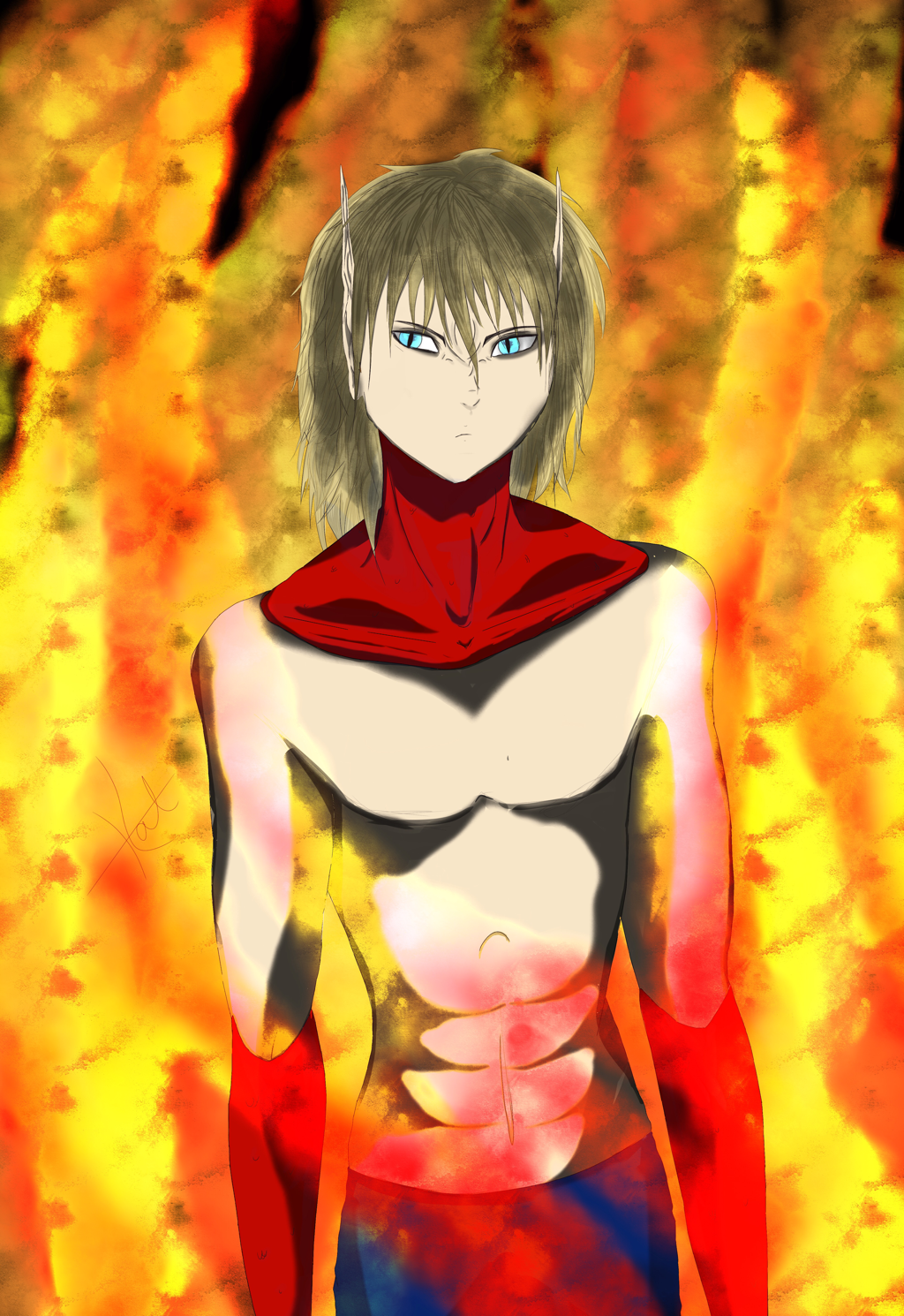 Callous and course, Vance is the last guy you want to mess with. However, he has a big heart and will take a bullet for someone he really cares about. He grew up in a rich family, most of them dragon hybrids. Because of his upbringing, he mastered his fire breath at a young age, bringing him much wealth and glory. After a few years of his parents forcing him into performing for the masses, he disappeared to find his own dream, which led him to Absyn. 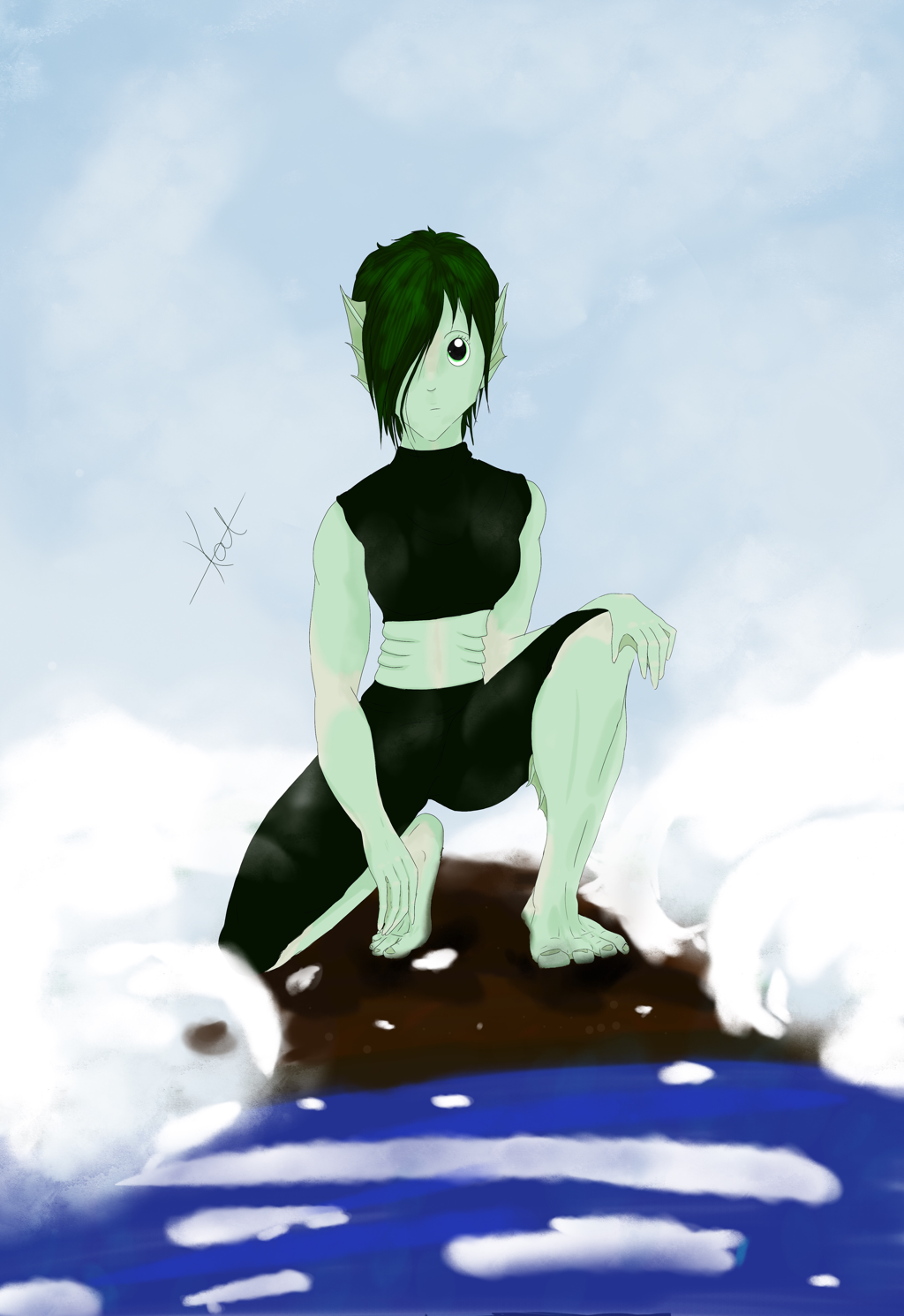 Skrelp is quiet and shy, but that makes her excellent at sneaking around. She once got by as a thief, her parents killed by the Yomzai and leaving her behind at thirteen to fend for herself. Now eighteen, she's found Absyn who has intentions to take down the Yomzai. It's perfect revenge. 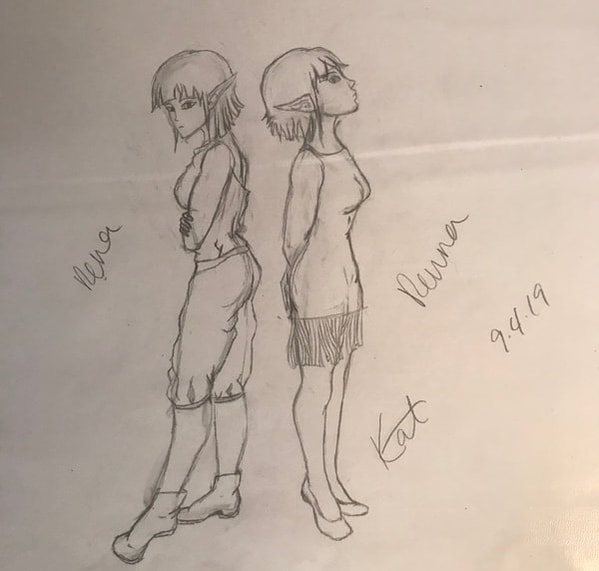 They are the ultimate assassination duo if the price is right. Since they were old enough to walk, they were trained until their teqniques were perfected, and they never showed their face to the world on their own accord.

After burning down the place that had held them hostage, Rena and Reuna searched for the next step in their plan for three years, but found nothing but the old song they grew up on, spilling blood for cash. They'd only come across Absyn because they overheard the goat girl talking to some unicorn about it and they stepped into the conversation, intrigued. They'd found their next chapter. 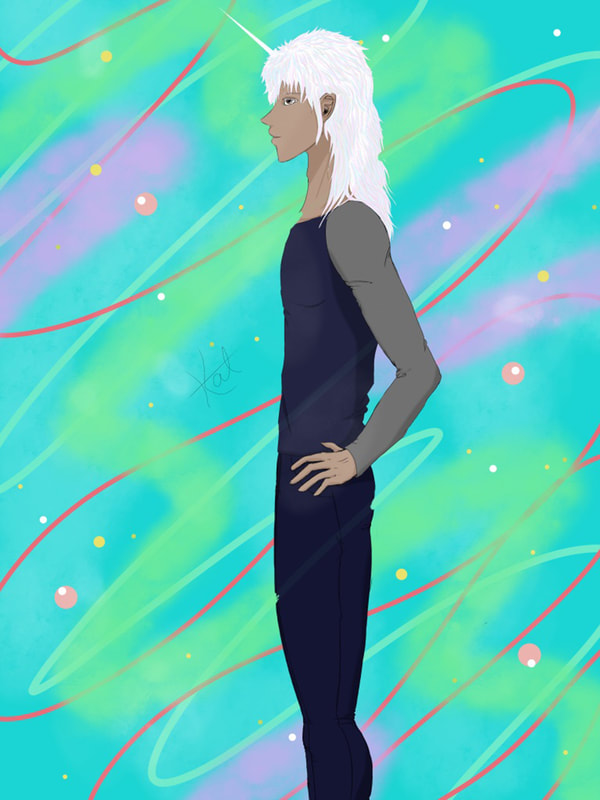 Absyn hates Ross the unicorn (or Ross the Idiot unicorn as he likes to call him), but Ross is actually a nice guy. He's just a big pushover and Absyn can't handle that, so he resorts to hating him.

Ross is a unicorn hybrid in a world where unicorns aren't real (allegedly), so he has no idea what exactly went into his body to change his DNA and actually is very curious as to what they do in the labs when the scientists or doctors are injecting things into your body. Without the money for schooling, he's stuck with more questions then answers. His mind is always spinning although he may seem a bit out of it. He's also way too happy for Absyn, but Babs adores him. 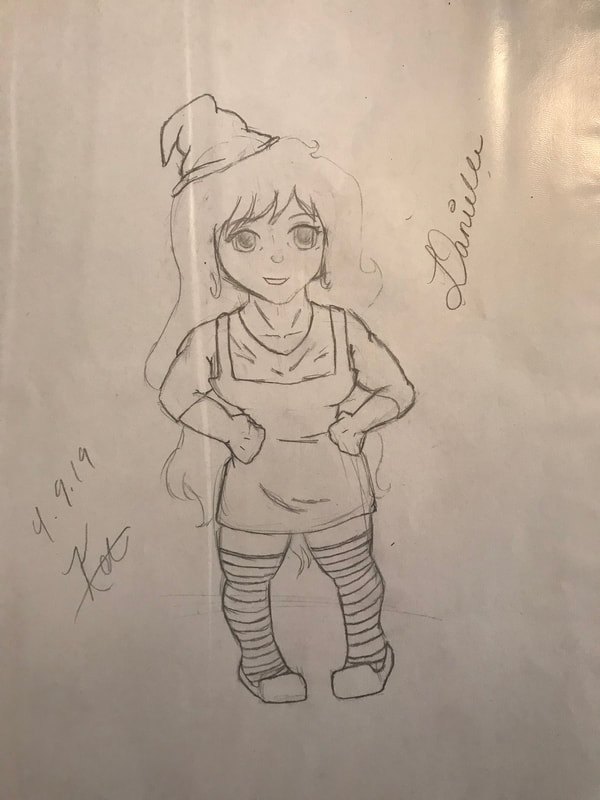 Danielle's tiny body seems to only hold one emotion: pep. If that's considered an emotion.

Always happy, she comes off as completely adorable. In contrast though, she's a full-blown pessimist--but she's completely optimistic that her pessimistic views are correct! She's also very loud and spunky, and also likes to lie quite a bit, but the problem is she's good at hiding when she's lying. In that same stroke, no one is really sure what her backstory is or why she answered when Absyn called for recruitment. Either way, she's here to help and she won't take no for an answer!
Go to Chapter 1
Go to chapter 2
Go to chapter 3